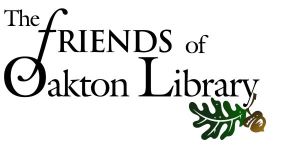 About The Friends of Oakton Library

The Friends of the Oakton Library was founded in 2001 in response to community enthusiasm for creation of the new branch. The groundbreaking ceremony was held on April 8, 2006, and the Oakton Library opened on Sept. 29, 2007. (Details below.) The story of the Oakton Library began in 1996 when the Fairfax County Public Library System identified a need for an additional library within a five-mile radius of Vienna and Fairfax. The Oakton Women’s Club then successfully advocated for the new library to be in the village of Oakton. The land that the library occupies now was part of a 19 acre site that had been under consideration for a retail center and subsequently 123 residential townhouses. Due to strong community opposition led by Friends of Oakton, Options for Oakton, Hunter Mill Defense League, and Oakton Women’s Club, then Supervisor Gerry Connolly, now Congressman Connolly, denied the developer’s plan and searched for a community supported proposal. Ultimately the developer donated 3 of the 19 acres (worth over $2 million) for the new library.  This was the first and only time in Fairfax County history that a developer proffered land for a public library. Subsequently, the Friends of Oakton Library was established to raise funds to support library services and foster a strong connection with the community.  It then took ten years with the help of many groups and individuals, who worked with Congressman Connolly and his successor as Providence District Supervisor, Linda Smyth to make the library come to fruition.  The ground-breaking took place on April 8, 2006 and on September 28, 2007 the Oakton Library opened to the public. The Oakton Library is at the center of our community and welcomes over 50,000 users every year. It provides our community with a place to gather, meet and learn both inside and outside. It gives the village of Oakton an identity. If only the 300-year-old oak tree across Hunter Mill Road from the library could talk and tell the area history. Perhaps it can through the books about it in the library. If you would like to learn more about the story of the library and the citizens who volunteered their efforts to making it happen, please visit our website at  https://www.friendsofoaktonlibrary.org Below are just a few of the people and organizations that lovingly donated their time and talents to make the Oakton Library possible.  If you have additional names and groups please share with our history project by sending information to Littlelulu8@yahoo.com Grays Subdivision – Peter Montinino Friends of Oakton -  Ralph Tener, Janet Kerr-Tener, Renny Martin, Lila Johns,  Frank Sturgeon and others. Oakton Women’s Club – Charlotte Wineland, Linda Byrne, Nancy Rice, Debra Nau, Jane Wood, Marian Houser, Susan Rich, Diane Helbing, Sheila Dunheimer and daughters, Linda Sherrange, Virginia Bertram, Alice Kinter, Sarah Cooper and many others who came out in support of the library. Options for Oakton – George Lehnigk, Joe Merenda, Marie Merenda, Bob Adams, Debbie Gregg, Lauren Crum, Shelley Deutch,  Dr. Laura Mann, , Shirley Nasser, and others who testified at hearings. Hunter Mill Defense League – Jody Bennett, Bruce Bennett, Jeanette Twomey, Bill Cramer Hunters Valley Association – Judy Beattie, Walt Schlie, Bill Lightfoot, Carl Carter, Julie Hansen, Lolly and Jay Burke, Edward Rice, John Byrne, Fred Dooley, Anne Chafer, Alan and Odette Parker, Ken and Marilyn Haas, Sarah and Jim Wells, Steve and Joan Symansky, Richard and Kathy Altman, Jill Campbell. Jayne and Joe Siedman Tooley and Jim Milstead Peg and Rich Alpin Beverly Dickerson The Baldacci Family Ann and Charlie Balch Fred Pitman Jane and Joe Sharnoff Bob Cave Barbara and Bob Adams Bernie Leibler Bette Greenspan Renny Martin Alice Sandoval

The mission of the Friends of Oakton Library is to support and enhance library resources and services and to foster a strong connection between the library and the local community. As such, we are an incorporated 501(c)(3) nonprofit.

Since the Oakton Library opened, the Friends organization has raised funds through the sale of donated books, membership dues and individual monetary donations. These funds have supported the Oakton Library branch and the Fairfax County Public Library (FCPL) system as a whole, including contributions toward the following:

In addition to the ongoing book sale in the library lobby, two major book sales are generally held each year, one in the spring and one in the fall. During 2020, both seasonal sales had to be cancelled due to COVID; however, the ongoing lobby sales continue during library hours.  We will resume our semi-annual book sales in the Fall of 2021. For the latest information regarding book sales and book donations, refer to the Book Sales and Book Donations page of this site.

Our newsletter is emailed monthly to all members of the Friends of Oakton Library. It includes Oakton branch and FCPL event information as well as a letter from the FOL president, news from the Oakton librarians and book/reading-themed articles.

Membership is open to all. Annual dues are $10 for individuals and $25 for families. To become a Friend of Oakton Library, follow the link on the home page. New members are always welcome! Please consider joining to help fulfill our mission.

The Friends' Choice Award was established by the Fairfax County Library Board of Trustees to recognize the valuable contributions of Library Friends members or volunteers.  The award annually spotlights a volunteer whose efforts had a positive impact on the work of each Friends group. The Oakton Friends' Choice Awards for 2022 was awarded to:  Willow Martin, our First Vice President,  for her years of service leading the Habitat Committee which maintains the native gardens that surround Oakton Library.

The Friends of Oakton Library